Divisions of Environment and Conservation - Ministry of Natural Resources and Environment 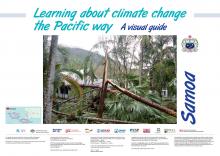 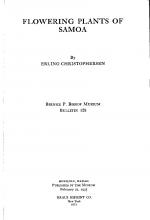 1935
This paper is a report on a collection of plants made during an 11-month stay in Samoa, from August to November 1929, and from June 1931 to January 1932, and on other Samoan collections of plants in Bernice.
Community integrated management plans. Vaimauga East District - Upolu. Implementations guidelines 2018.
Available Online

Ministry of Natural Resources and Environment. 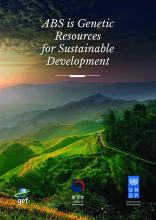 2018
This publication reveals the impact of the Nagoya Protocol and national ABS frameworks in 27 countries from six regions, Africa, the Arab States, Asia, Central & Eastern Europe, Latin America & the Caribbean and the Pacific Islands. 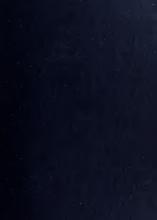 1928
Although a monograph, or series of papers, dealing comprehensively with the land arthropod fauna of any group of islands in the South Pacific may be expected to yield valuable results, in connection with distribution, modification due to isolation, and other problems, no such work is at present in existence. 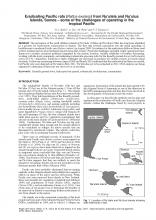 Eradicating Pacific rats (Rattus exulans) from Nu'utele and Nu'ulua Islands, Samoa - some of the challenges of operating in the tropcial Pacific
Available Online

2011
The restoration of the small offshore islands of Nuutele (108ha) and Nuulua (25ha) has long been identified as a priority for biodiversity conservation in Samoa. The first step towards restoration was the aerial spreading of brodifacoum to eradicate Pacific rats (Rattus exulans) in August 2009. Procedures for the eradication followed those used in New Zealand and involved technical experts from that country. Particular challenges included a tight operational time-frame (two months), technical problems magnified by the remote location, variable reliability of weather forecasting,working with the local community, and mitigating rodenticide exposure risks for the friendly ground-dove (Gallicolumba stairi) (IUCN: vulnerable). Solutions to these challenges are discussed as guidance for similar projects in remote island locations. Follow-up monitoring between August 2009 and March 2010 indicated that the eradication had been successful, but Pacific rats were detected on Nuutele in May 2011. Nuulua has yet to be rechecked in 2011. DNA analyses are being organised to determine if these rats are survivors or re-invaders.
Aleipata Islands Invasive alien species follow up surveys

Division of Enviornment and Conservation, Ministry of Natural Resources and Environment 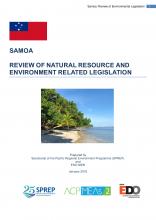