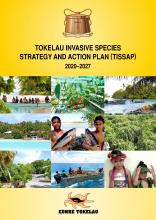 Island and Ocean Ecosystems, BRB
Available Online
2020
We are a central Pacific nation comprising three atolls lying to the north of Samoa and south of the Phoenix Islands of Kiribati, and centred on latitude 9o S. The areas of the atolls are roughly similar – Atafu c.350 ha, Nukunonu c.500 ha and Fakaofo c.400 ha – and each gaining only a few meters elevation. All three islands are classic atolls being at the summit of ancient, raised seamounts projecting upward about 5000 m from the seabed, and with large open lagoons which have shallow passages to the sea in many places. The climate is moderated by the ocean currents and easterly trade winds that blow steadily throughout the year and the wet season occurs in November-April. Cyclones and storm surges sometimes inundate much of the land as occurred at Fakaofo in the early 2000s. 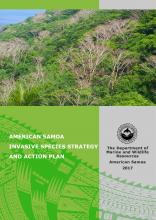 American Samoa invasive species and action plan.
Available Online
2017
American Samoa invasive species strategy and action plan for the only US territory in the South Pacific being such is faced with unique threats with its location from a national perspective and has a need for both nation al and regional collaborations. The ecological integrity of American Samoa is of utmost importance in the face of invasive species. The cultural identity of American Samoans is also closely tied to the ecological integrity of its natural environment. And given its a highly limited economy, any impact by invasive species on its natural ecosystems that provide goods and services will be almost immediate. The establishment of an invasive species plan, with its clearly articulated priority actions, goals and objectives will provide a guidance to deal with the threats of invasive species. The implementation of the plan will: (1) increase awareness of their threats; (2) inspire cooperation to prevent and minimize their impacts and implement appropriate approaches; and (3) improve decision making through the process of data and information sharing from the best available science. Priorities are: Implement urgent and necessary actions; Enhance capacities for informed decisions; Advance preventive and rapid-response protocols and measures.
Republic of Kiribati National Invasive Species Strategy and Action Plan 2016-2021|Republic of Kiribati National Invasive species Strategy and Action Plan 2015-2020

2016
This document is a product of the GEF-PAS regional invasive species project 'Prevention, control and management of invasive alien species in the Pacific Islands' implemented by the United Nations Environmental Programme (UNEP) and executed by SPREP. 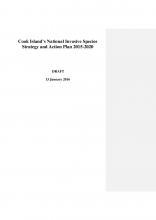 2016
The Cook Islands consists of 15 small islands scattered over 2 million square kilometres of the Pacific Ocean. They lie in the centre of the Polynesian Triangle, flanked by Fiji 2,300 km to the west, Tahiti 1,140 km to the east, Hawaii 4,730 km north and New Zealand 3,010 km southwest. The climate of the Cook Islands is sub-tropical and tropical oceanic moderated by trade winds. The islands form two groups: the Northern Cooks and the Southern Cooks. The Northern Group consists of five atolls (Pukapuka, Rakahanga, Manihiki, Suwarrow and Penrhyn), and a sand cay (Nassau). The Southern Group consists of four makateai islands (Mangaia, Atiu, Mauke and Mitiaro), two atolls (Palmerston and Manuae), one almost-atoll (Aitutaki), one sand cay (Takutea) and one high island. 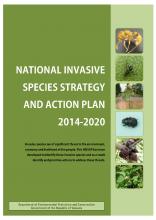 2015
Vanuatu is a Y-shaped archipelago located in the Southwest Pacific Ocean at 13-20o S, 166o  172o E. There is a distance of roughly 1,300 km from northernmost island to the southernmost. The countrys coastline extends for 2,528 km long and comprises over 80 islands with a total land area of 12,336 km2 , set within a 200- mile exclusive economic zone (EEZ) of approximately 680,000Km2 . Vanuatus islands are geologically young and were formed during the four main volcanic activity periods. The oldest islands are the Torres Group; this group of islands is part of the most northern province of TORBA. Santo the largest island in the SANMA province and Malekula, the larger island in the MALAMPA province, were formed over 22 million years ago. Pentecost and Maewo, islands are the PENAMA province are the second oldest, and were formed between 4 to 11 million years ago. 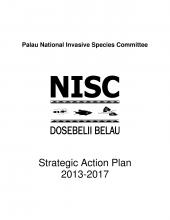 2014
A workshop was held for members and partners of the Palau National Invasive Species Committee (NISC) from March 26-28, 2013, with the purpose of drafting a strategic action plan (SAP). Workshop participants initially carried out a review of the goals and objectives of the previous NISC action plan (2007-10). The goals were then revised, and a new goal, Goal 6, was adopted, to ensure that activities in the plan are adequately resourced. Objectives were drafted for this plan to define the role of the NISC as a coordination and facilitation body, and to provide activities for NISC member and partner agencies. Objectives were prioritized in terms of logical sequence of activities, urgency of need, and those which are clearly within the responsibility of the NISC and its partners; actions were identified for all the objectives. This plan was adopted by the NISC on May 24, 2013. 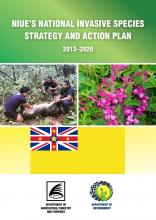 2014
Invasive species are a major global threat to biodiversity and Pacific Islands are particularly vulnerable due to their isolation and relatively recent human occupation. Their native species often cannot cope with predation or competition from new arrivals. Niue already suffers from the impact of invasive species that have arrive in the country. However there are many more devastating species that are not present but found in other countries of the region and every effort needs to be made to prevent their arrivals. 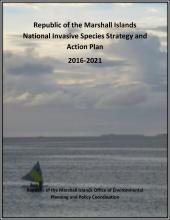 2015
This document is a product of the GEF-PAS regional invasive species project 'Prevention, control and management of invasive alien species in the Pacific Islands' implemented by the United Nations Environmental Programme (UNEP) and executed by SPREP.
Federated States of Micronesia National Invasive Species Strategy and Action Plan 2016-2021

Federated States of Micronesia Department of Resources and Development

2015
This document is a product of the GEF-PAS regional invasive species project 'Prevention, control and management of invasive alien species in the Pacific Islands' implemented by the United Nations Environmental Programme (UNEP) and executed by SPREP. 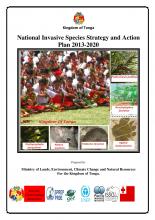 Ministry of Lands, Environment, Climate Change and Natural Resources for the Kingdom of Tonga

2014
This National Invasive Species Strategy and Action Plan 2013-2020 will guide Tongas efforts to protect its natural heritage and peoples livelihoods from the negative impacts of invasive species. The two-pronged strategy tackles the issue by: ? Preventing new invasive, or potentially invasive, species from arriving and establishing. ? Taking action against existing priority invasive species at priority sites